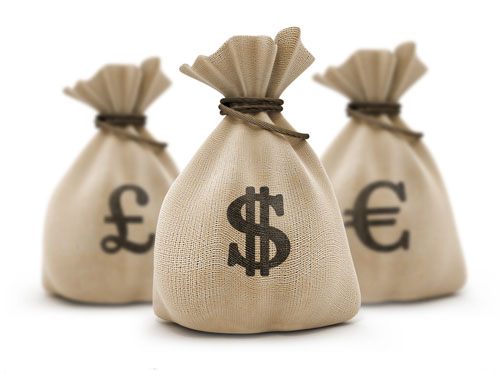 The Chinese currency is known as Renminbi (RMB) or “people’s money". The basic unit of this currency is the yuan, and is designated by a “Y”. In spoken Chinese, the word Kuai is almost always substituted for the yuan. Ten jiao (commonly known as mao) make up one yuan.

Several ATMs in Lhasa and Shigatse and even as far afield as Ali accept foreign cards. The Bank of China accepts Visa, MasterCard, Diners Club, American Express, Maestro, Cirrus and Plus. The Agricultural Bank accepts Visa, Plus and Electron. Check before trying your card as many ATMs can only be used by domestic account holders.

The maximum amount you can withdraw per transaction is around Y2000. Cards are occasionally eaten, so try to make your transaction during bank hours.

You’ll get very few opportunities to splurge on the plastic in Tibet, unless you spend a few nights in a top-end hotel. About the local tours, train tickets and flights in or out of Lhasa still can’t be paid for using a credit card. The few shops or agencies that do accept credit cards often charge a 4% surcharge.

The Lhasa Central branch of the Bank of China is the only place in Tibet that provides cash advances on a credit card, A 3% commission is deducted.

In Tibet, the main place to change foreign currency is the Bank of China. Top-end hotels in Lhasa have exchange services, but only for guests. Outside of Lhasa, the only other locations to change money are in Shigatse, Zhangmu, Purang (cash only), Ali, and at the airport. If you are traveling upcountry, try to get your cash in small denominations. Y100 and Y 50 bills are sometimes difficult to get rid of in the rural Tibet.

The currencies of Australia, Canada, the US , the UK, Hong Kong, Japan, the euro zone and most of the rest of Western Europe are acceptable at the Lhasa Bank of China. The official rate is give at all banks and most hotels, so there is little need to shop around for the best deal. There’s generally no commission to change cash.

The only place to Tibet officially change yuan back into foreign currency is the central Lhasa branch of the Bank of China. You will need your original exchange receipts.

Moneychangers at Zhangmu (by the Nepal border) will change yuan into Nepali rupees and vice versa. Yuan can also easily be reconverted in Hong Kong and increasingly, in many South-east Asian countries.

China has a problem with counterfeit notes. Very few Tibetans or Chinese will accept a Y100 or Y50 note without first subjecting it to intense scrutiny, and many will not accept old, tattered notes or coins, Check the watermark when receiving any Y100 note.

Getting money sent to you in Lhasa is possible, but it can be a drag. One option is by using the Bank of China’s central office in Lhasa. Money should be wired to the Bank of China, Tibet / Lhasa branch, 28 Linkuo Xilu, bank account No. 90600668341, SWIFT code BKCHCNBJ900. Double-check wiring instructions with the bank beforehand.

The second option is via Western Union (www. westernunion.com), which can wire money via the Express Mail Service at Lhasa’s main post office.

Although big hotels may add a tax or “service charge” of 10% to 15%, all other taxed are included in the price tag, including airline departure tax.

Tibet is one of those wonderful places where tipping is not done and almost no one asks for a tip. If you go on a long organized trip out to Eastern or Western Tibet, your guide and driver will probably expect a tip at the end of the trip, assuming all went well.

Basic bargaining skills are essential for travel in Tibet. You can bargain in shops, hotels, street stalls and with pedicab drivers and most people-but not everywhere. In small shops and street stalls, bargaining is expected, but there is one important rule to follow: be polite.

Photographs of airports and military installations are prohibited, and bridges are also a touchy subject. Don’t take any photos or especially video footage of civil unrest or public demonstrations.

Restrictions on photography are also imposed at most monasteries and museums. This is partly an attempt to stop the trade of antiquities out of Tibet (statues are often stolen to order from photos taken by seemingly innocuous “tourists”). In the case of flash photography, such restrictions protect wall murals from damage. Inside the larger monasteries, a fee of Y20 to Y50 is often imposed in each chapel for taking a photograph. Video fees can be up to Y 800 (USD 135) in some monasteries. You are free. However, to take any photos of the exteriors of mastery.

Related articles
Travel Insurance We offer travel insurance for tourists during the trip in Tibet.
What to Pack This page goes over the essentials of what to pack from home for a Tibet trip, including altitude sickness medicine, skin care products, and etc.
Flight to Tibet Flight is the easiest way to get to Tibet with just a few hours from China mainland or from Nepal.
Hotel & Lodging You can find recommended Tibet hotel options from budget to luxury class.
Chinese Visa for Tibet Travel In this article, you’ll get the details on the introduction of different types of Chinese visa, and how to apply for a Chinese Visa for a trip to Tibet.
What Clothes Should be Prepared for a Tibet Tour Tibet lies in the high-altitude region, performing a completely different climate from the inland China. What should people wear if they are traveling to Tibet harasses a good many travelers.