Located in the Himalayas, Tibet has several well-known peaks with height over 8000 meters. Its beautiful scenery and unique cultural and religious atmosphere attracts many tourists to travel to Tibet. Lhasa airport, as one of the largest high altitude plateau airports in the world, has ushered in another expansion after being put into use for more than 50 years.

In the morning of October 11, the capping ceremony of T3 concrete structure of Lhasa Gonggar Airport was held. The overpass in front of the terminal is still under construction. 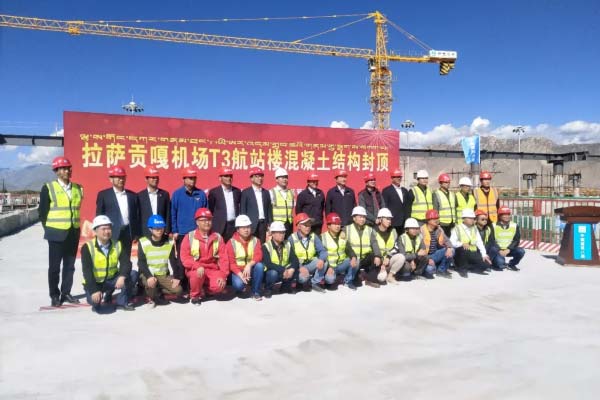 The expansion construction plan of the airport was launched in 2016. It has been given a lot of attention since attracted social attention its formal commencement in December 2017. According to the plan, all the airport apron construction will be completed and put into use in 2019, and the new terminal will be put into operation by the end of 2020. The construction period of the whole reconstruction and expansion project is only 600 days (including the winter break period), which is quite tight and requires efficient operation and coordination.

After the completion of the expansion project, Lhasa Gonggar Airport will be able to meet the annual passenger capacity of 9 million people and cargo & mail throughput of 80000 tons, which is expected to meet the shipping demand of Lhasa in the coming decades. 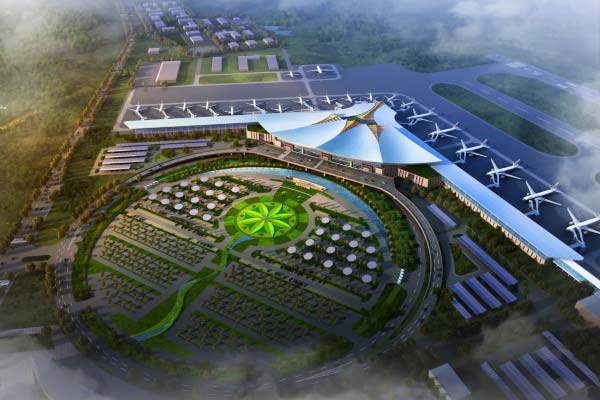 The design inspiration of the new terminal comes from the good wish of "Sun and moon in the heart - Eternal Shambhala" pursued by Tibetan traditional culture. The newly-built T3 terminal is Y-shaped, connected to T2 terminal in the west, facing southeast. The whole T3 terminal presents a lotus petal shape from the bird's eye view. The simple, bright and smooth architectural style embodies the design concept of people-oriented, garden landscape and green environmental protection. 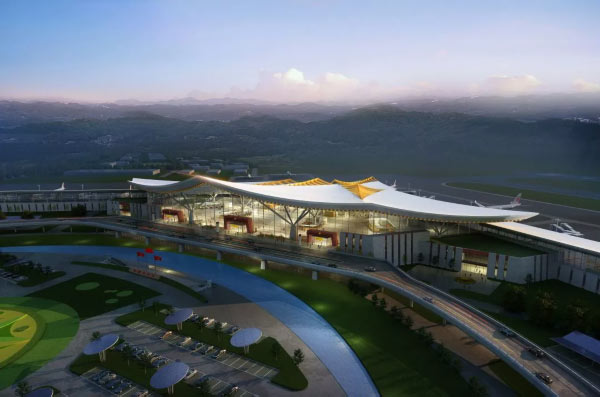 Every reconstruction and expansion of Lhasa Gonggar Airport reflects the rapid development of Tibet's economy and society. As a window and channel for Tibet to connect with the world, Gonggar Airport also strengthens the connections between Tibet and the world.

Related articles
Modern themes Thangka completed The paintings are creations of folk artists to use the traditional artistic technique to express modern themes.
Lhalu Wetland in Tibet Lhalu wetland is known as the "the lung of Lhasa".
The 1st Artificial Wetland Project launched in Tibet Two artificial wetlands about to launch in Tibet.
Shangri La Hotel opens in Lhasa The opening of the Shangri-La Hotel in Lhasa makes it the first luxury property of the hotel group in the Qinghai-Tibet plateau.
Road suspended by landslide reopens in Tibet Landslide reopens in Tibet on July 2nd.
Nuns in Qingpu Hermitage Lying 4,300 meters above the sea level, the temple is considered a holy land for penance in Tibet.