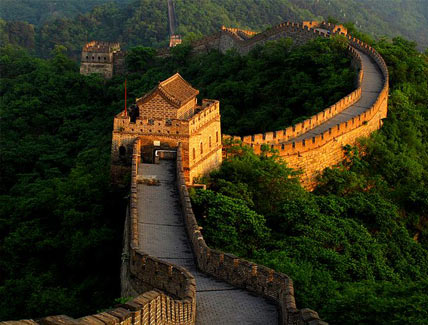 Jan - DecBest Time
LeisureTour Pace
3650mMax Altitude
Physical Demands
Beijing / Xi’an / Lhasa / Yangtze Cruise / Shanghai
This in-depth itinerary includes both rich cultural and natural elements with the selected highlights throughout China. Besides the visit to two enormous palaces Beijing and Lhasa, as well as the archaeological exploration tour to the Terracotta Warriors in Xi'an, you'll also admire the astonishing surges of China's longest and most scenical river by putting you adrift on a luxury cruise. A glimpse of flourishing Shanghai will be your farewell before flying back home.

Your tour starts with a visit to theTiananmen Square, a land mark of Beijing. It is one of the largest public squares in the world. A few minutes walking from the square, you will get to the Forbidden City(also called Palace Museum), which was the political and ritual center of China for more than 500 years from mid Ming Dynasty to the end of Qing Dynasty. After that, you'll move to the Temple of the Heaven which was used for the annual ceremonies of the emperors to pray for good harvest in Ming and Qing Dynasties.

Today, you'll have a tour to Lhasa's cardinal landmark and a UNESCO World Heritage Site-Potala Palace. Renowned as one of the great wonders on earth for its elaborate architecture built at an elevation of 3700m, this awe-inspiring palace will not disappoint you. In the afternoon, pay a visit to Jokhang Temple, the most respected shrine in Tibet. Thick with the smell of incense and yak butter, you'll witness a throng of prostrating pilgrims cramming outside the temple. The temple is the masterpiece of Tibetan, Chinese and Nepalese architectural techniques. Then take a stroll around the Barkhor Street, the oldest bazaar in the city. You'll also enjoy a welcome dinner gathering with all travel mates in the group after the sightseeing activities. Overnight in Lhasa.

Morning, you'll visit Drepung Monastery, whichlocates about 8km west of central Lhasa and was once one of the world's largest monasteries with the population of around 10,000 monks in its heyday. Climb uphill through the whitewashed intersecting alleyways as well as the medieval chapels, and enjoy the panoramic view of the city on top of the mountain. In the afternoon, you'll have a chance to witness the famous 'Scriptures Debating' session at Sera Monastery, spectating their featured way of Buddhist dialectics and hand slapping in a landscaped courtyard with lush trees. Overnight in Lhasa.

Day 10 Lhasa to Chongqing, get on board the five star Victoria Cruises [B]

Take a morning flight to Chongqing, called the Mountain City overlooking the Yangtze River and the Jialing River, is the starting & ending point of Yangtze River Cruise. Upon arrival, we will visit the Three Gorges Museum . In this museum, you'll have a deep understanding about the geography of Yangtze River, the changes of Three Gorges and the world-famous project Three Gorges Dam. Opposite the museum, here stands the People's Assembly Hall of Chongqing. It is an architectural complex in ancient style of china. Later, move on to the Hongya Cave which is a large-scale stilt house complex built alongside a steep cliff on the bank of Jialing River. Enjoy the famous hotpot dinner before getting on board the Yangtze River Cruise. Depart Chongqing at 9:00 pm.

Take a shore excursion to Shibaozhai, with its impressive wooden pagoda, appropriately named “The Pearl of the Yangtze”. Depending on river conditions, an alternate excursion may be substituted to Fengdu, visiting the new relocation village built for families who have moved as a result of the Yangtze's rising waters brought about by the Three Gorges Dam. Additional optional Shore Excursion to Fengdu's “Ghost City” (river conditions permitting), known for its statues of ghosts and devils on Mingshan Hill.

Today you will pass through the first two—Qutang Gorge and Wu Gorge. Qutang Gorge is the shortest (5 miles), narrowest (500 feet), and most dramatic. The 25-mile long Wu Gorge is known for its quiet beauty, forest-covered mountains, and cliffs so sheer that the sun barely penetrates the precipices. Transfer to another vessel for a relaxing excursion through the attractive Gorges of Goddess Stream. Depending on river conditions, an alternate excursion may be substituted to the gorges of Shennong Stream. Enter Xiling Gorge, the longest (41 miles), and the deepest of the Three Gorges. Additional optional Shore Excursion to White Emperor City (river conditions permitting), an ancient city overlooking the western end of Qutang Gorge.

Disembark this morning and take a specially-designed sightseeing boat through the recently-completed unique ship lock with a ship lift, the world's largest. The lock will be transited in about 40 minutes to an hour. Then visit the Three Gorges Dam, which spans the Yangtze River at Sandouping; it is the world's largest power station. After the tour in late morning, Victoria Cruises will provide a motor coach to nearby Yichang. Your local tour guide will meet you there an transfer you to the airport for your flight back to Shanghai.

Morning, we start with a visit to Shanghai Museum, the magnificent 4-story building is home to one of the most impressive collections in the country, guiding you through the pages of Chinese history. Next comes the Yu Gardens, a fine example of Ming garden design built in the 16th century. In the evening, we will have a tour to one of modern Shanghai's most iconic structures-Oriental Pearl Tower. Overlooking the spectacular panorama of China's prosperous financial center from the view deck is unmissable. Today's activities end up with strolling along the Bund-the symbolic of colonial Shanghai and the city's Wall Street, you will get amazed in front of the majestic Huangpu River and the dazzling neon-lit beacon from skyscrapers of Pudong. Stay overnight in Shanghai.

Be prepared for your flight back to home. Your guide and driver will be on time to transfer you to the airport. Thanks for traveling with us. Hope to be at your service next time.