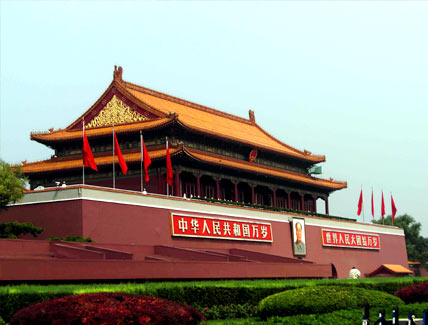 Jan - DecBest Time
LeisureTour Pace
3650mMax Altitude
Physical Demands
Beijing / Xi’an / Lhasa / Chengdu / Shanghai
This strongly recommended tour is made for visitors who wish to have an overall impression of vast China covering Beijing, Xi'an, Lhasa, Chengdu and Shanghai. Trace the majestic Great Wall, gaze over the awe inspiring Terracotta Warriors, meet the “diplomatic ambassador”-giant pandas, witness the prostrating pilgrims outside the Potala Palace, and stroll around the Bund with memories back to early 20th century. A perfect combination of new and old, fashion and history, you'll experience the colorful culture of this great land.

Your tour starts with a visit to theTiananmen Square, a land mark of Beijing. It is one of the largest public squares in the world. A few minutes walking from the square, you will get to the Forbidden City(also called Palace Museum), which was the political and ritual center of China for more than 500 years from mid Ming Dynasty to the end of Qing Dynasty. After that, you'll move to the Temple of the Heaven which was used for the annual ceremonies of the emperors to pray for good harvest in Ming and Qing Dynasties.

Today is your first day of sightseeing on the high plateau, so we have purposely arranged only to visit Jokhang Temple and Potala Palace. Potala Palace is the worldwide known cardinal landmark of Tibet. The massive structure itself contains a small world within it. Mostly it is renowned as residence of the Dalai Lama lineages (Avalokiteshvara). Jokhang Temple is the most scared shrine in Tibet which was built in 7th century and located at the heart of old town in Lhasa. The circuit around the Jokhang called Barkhor Street is a good place to purchase souvenirs. Both of them are the focal points of pilgrims from entire Tibetan world, multitudinous pilgrims are circumambulating and prostrating in their strong faith. Afterwards stroll on the narrow streets of Lhasa old town to meet local people and visit their markets.

About 8km west of central Lhasa is the Drepung Monastery, once world's largest monastery with about 10,000 monks. This day's sightseeing begins with these white monastic buildings piled up on the hillside. Walking up to the hill is a pleasant thing, an easy break from the solemn ambience inside the halls and chapels. At the plat roof of hillside, you can have very good views of the whole Lhasa city and the distant mountains. Drepung is one of Lhasa's two great Gelugpa monasteries, the other is Sera Monastery. Around 5km north of central Lhasa, Sera may not be as grandiose as Drepung, but is more serene surrounded by many small temples. The 'Buddhism Scriptures Debating' in Sera is very famous.

Take the morning flight to Chengdu. Met by your guide and check in hotel. In the afternoon, you'll go and experience the leisure life style of local inhabitants at People'sPark, where you can also find a great teahouse with nearly a hundred years history. Today's sightseeing activity ends up with a stroll along the famous reconstructed district-Jinli Street, crammed with craftsmen, snack stalls and souvenir shops.

In the morning, drive about 18km north of Chengdu to Panda Breeding and Research Base, the home to dozens of giant and red pandas. You may have a chance to see tiny newborns in the nursery if you visit in autumn or winter. Then, we'll visit Wenshu Monastery which is Chengdu's best preserved ancient architecture tracing back to Tang Dynasty. This peaceful temple is dedicated to the Bodhisattva of Wisdom, with a atmospheric low murmur of chanting from resident monks and Buddhist followers. Take flight to Shanghai in the late afternoon, upon arrival, meet your guide and be transferred to hotel in Shanghai.

Morning, we start with a visit to Shanghai Museum, the magnificent 4-story building is home to one of the most impressive collections in the country, guiding you through the pages of Chinese history. Next comes the Yu Gardens, a fine example of Ming garden design built in the 16th century. In the evening, we will have a tour to one of modern Shanghai's most iconic structures-Oriental Pearl Tower. Overlooking the spectacular panorama of China's prosperous financial center from the view deck is unmissable. Today's activities end up with strolling along the Bund-the symbolic of colonial Shanghai and the city's Wall Street, you will get amazed in front of the majestic Huangpu River and the dazzling neon-lit beacon from skyscrapers of Pudong. Stay overnight in Shanghai.

Today, airport transfer and say goodbye to China. Thanks for traveling with us. Hope to be at your service next time.