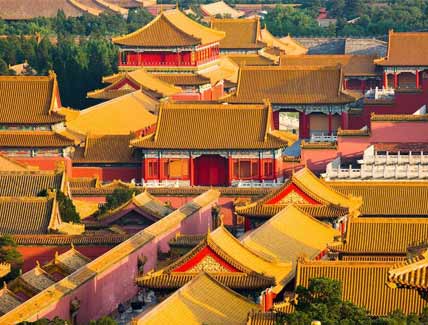 Jan - DecBest Time
LeisureTour Pace
3650mMax Altitude
Physical Demands
Beijing / Xi’an / Lhasa
This itinerary includes the most popular touristy destinations in China. Discover the highlights of Beijing by visiting the imperial palace-Forbidden City, the legendary fortification-Great Wall and the artful worship complex-Temple of Heaven. Explore the awe inspiring Terracotta Warriors in Xi'an and feel the charm of the ancient capital for 13 dynasties. Besides, a pilgrimage tour to the holy city Lhasa will bring you inner peace out from the buzzing world.

Your tour starts with a visit to theTiananmen Square, a land mark of Beijing. It is one of the largest public squares in the world. A few minutes walking from the square, you will get to the Forbidden City (also called Palace Museum), which was the political and ritual center of China for more than 500 years from mid Ming Dynasty to the end of Qing Dynasty. After that, you'll move to the Temple of the Heaven which was used for the annual ceremonies of the emperors to pray for good harvest in Ming and Qing Dynasties.

Today, you'll have a tour to Lhasa's cardinal landmark and a UNESCO World Heritage Site-Potala Palace. Renowned as one of the great wonders on earth for its elaborate architecture built at an elevation of 3700m, this awe-inspiring palace will not disappoint you. In the afternoon, pay a visit to Jokhang Temple, the most respected shrine in Tibet. Thick with the smell of incense and yak butter, you'll witness a throng of prostrating pilgrims cramming out there. The temple is the masterpiece of Tibetan, Chinese and Nepalese architectural techniques. Then take a stroll around the Barkhor Street, the oldest bazaar in the city. You'll also enjoy a welcome dinner gathering with all travel mates in the group after the sightseeing activities. Overnight in Lhasa.

Morning, you'll visit Drepung Monastery, which locates about 8km west of central Lhasa and was once one of the world's largest monasteries with the population of around 10,000 monks in its heyday. Climb uphill through the whitewashed intersecting alleyways as well as the medieval chapels, and enjoy the panoramic view of the city on top of the mountain. In the afternoon, you'll have a chance to witness the famous 'Scriptures Debating' session at Sera Monastery, spectating their featured way of Buddhist dialectics and hand slapping in a landscaped courtyard with lush trees. Overnight in Lhasa.

Be prepared for your flight back to home. Your guide and driver will be on time to transfer you to the airport. Thanks for traveling with us. Hope to be at your service next time.