Tibetan people like to wear many ornaments and jewelry, such as Buddha beads, hair bands, hair accessories, belts, prayer beads, necklaces, etc., in a variety of styles, colorful and very beautiful. Actually it was not just customs. It turns out that the ornaments on the Tibetan people are made of very precious amber, dzi beads, etc. Each ornament is very valuable. You can't help wondering why Tibetan people like to wear so many valuable ornaments all over their bodies? We will discuss about this typical Tibetan culture in this article.

In the past, Tibetans mostly lived nomadic life. They did not have a fixed residence and often needed to move according to natural changes, so they needed to wear a large number of materials and properties every time they moved. Later, they found treasures such as amber with the function of preserving and increasing value. When they moved again, they exchanged the properties that were inconvenient to move into precious stones for easy carrying.

Tibetan women with traditional clothes and ornaments
In Tibet, cow bone, sterling silver, Tibetan silver, agate, turquoise, amber, coral, shell are the main raw materials for making Tibetan ornaments and jewelry, which are taken from nature. The materials and patterns of Tibetan ornaments are mostly endowed with auspicious meanings, with a strong element of Tibetan Buddhism.

Tibetan silver
Tibetan silver is a silver-containing alloy produced in Tibet. Its main components are pure silver, nickel, copper, etc. Traditional Tibetan silver has a texture very similar to silver, and its brightness is slightly darker than pure silver.

However, the slightly darker color gives the jewelry a sense of antiquity, forming a simple and primitive appearance style, which just reflects the ethnic characteristics of the region. 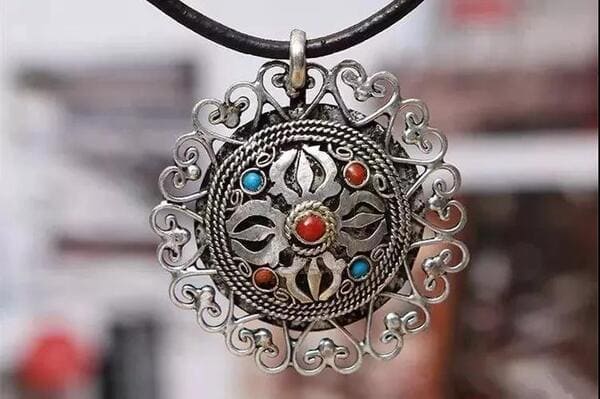 A typical Tibetan pendant made of Tibetan silver, turqouise and red coral
Tibetan amber
Tibetan amber is an organic mineral-like resin fossil formed after a certain chemical change after the resin was buried in the ground tens of millions of years ago. Since ancient times, Tibetan amber has been regarded as auspicious and sacred treasure by Tibetan people, and is deeply loved. The difference between the appearance of the amber is due to the different resins secreted by different types of conifers.

Amber is deeply loved by Tibetan people. It is not only used as ornaments such as hand ornaments, neck ornaments and headwear, but also respected for its mysterious power and spirituality. 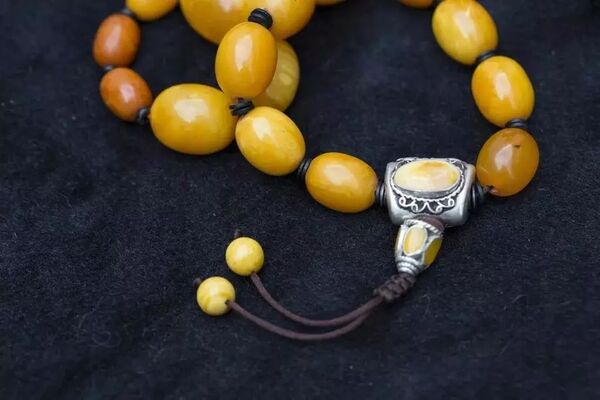 Bracelet made of Tibetan amber
Agate
The agate is crystal clear, gorgeous and magnificent, natural and exquisite in shape. Some of them are like grapes or pearls gathered together, which are of great ornamental value and collection value.

Tibetan agate stone is produced in the Himalayas of Tibet. The stone is solid and delicate, crystal clear; Colorful and bright; The lines are clear and many of them are vivid with natural pictures.

There is an ancient legend that describes the relationship between turquoise and soul: according to the will of God, the subjects of the Tibetan king are not allowed to throw any turquoise into the river, because the soul may leave his body and die in that way. 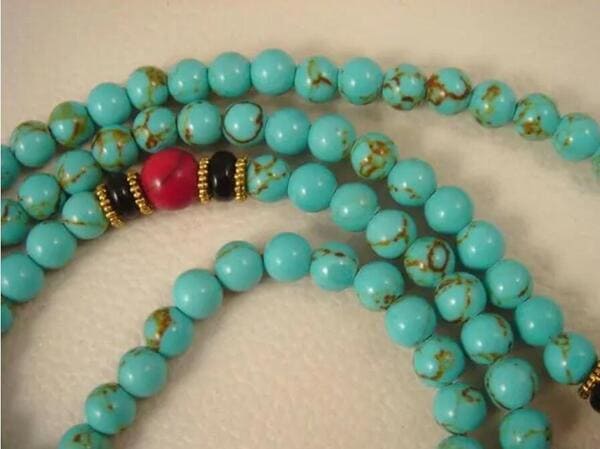 An elegant tibetan style necklace made of turqouise and red coral
Coral & Shell
Marine life is not a special product of Tibet, but many of the jewelry on the girls are made of marine life. Coral and seashell are the two most common types. There are also records about the ocean in the ancient Himalayas in the Tibetan historical books. Tibetans have unique feelings for red coral. They believe that red coral is the mascot for worshipping Buddha, and often use coral to make Buddha beads or decorate Buddha statues.

In the west, coral is also a protective stone for sailors, and is regarded as a gem to ward off evil spirits. People on long voyages believe that coral can calm the wind and waves, so it is highly respected and loved.


These Tibetan people's favorite ornaments and jewelry are not all locally produced and can be passed down from generation to generation, which may also confirm the continuous exchanges between people in different regions, and let us appreciate the gorgeous modern Tibetan costumes. So we should not simply think that Tibetans are just showing off their wealth.

Related articles
Monks and Nuns in Tibet A lot of people are quite courious about the life of the monks in Tibet."Monks and nuns who are within the range of the approved posts each will get a subsidy o
Tibetan food--Tsampa Zamba, was spelled tsampa; it is made from roasted flour called nas, mixed and rolled into balls with the fingers of the right hand. It is often eaten when havi
The Beautiful Lady's fantastic tour The Mt. Everest standing in the distance, surrounded by the clouds.On thier way back to Shigatse they found a family living in this nomad tent.Ms. Maya was so e
Area of lakes expanding in Qinghai-Tibet plateau The global warming caused the area of inland lakes in the Qinghai-Tibet plateau expand 26 percent in the past 20 years
Tibetans and the religion Once you are in Tibet, you could see lots of Tibetans pray in from of the monasteries or temples.
Demolition of Guangming Teahouse in Lhasa Guangming Teahouse used to be a well-known old brand teahouse. Sadly the demolition of Guangming Teahouse is a major event in the lives of locals recent days.